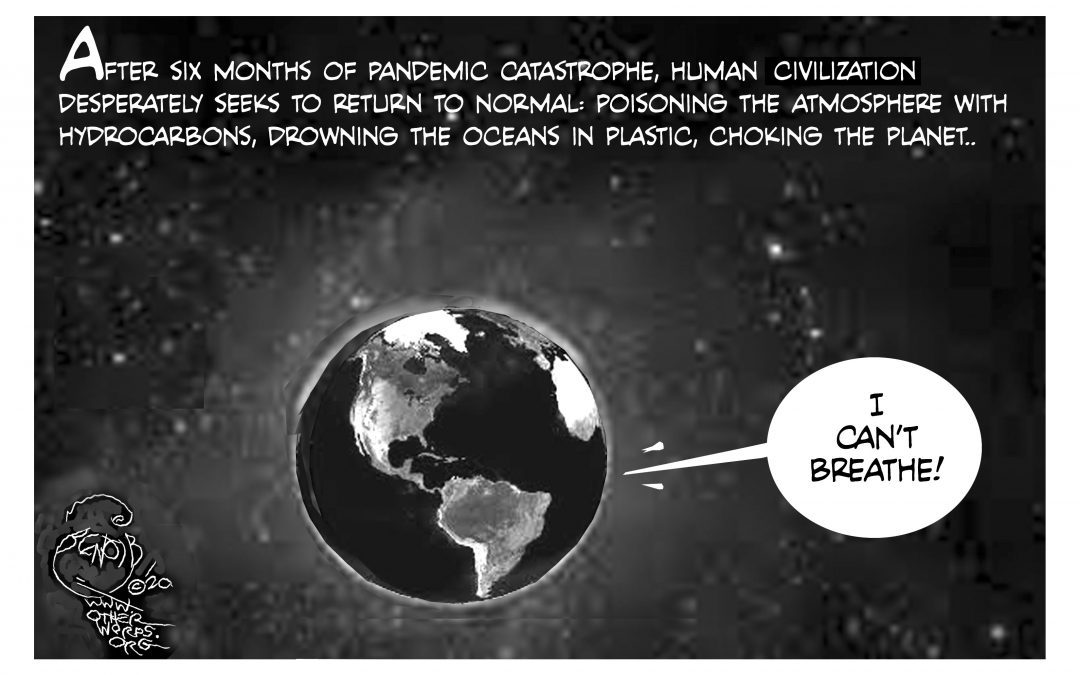 Are federal troops finally on their way out of Portland?
By Peter Certo | July 29, 2020

Are federal troops finally on their way out of Portland? It remains to be seen.

But as Robert P. Alvarez, who was tear gassed at a Black Lives Matter protest in Portland recently, writes this week, getting federal troops out won’t end the problem of police militarization when local police are already armed like a military. One idea? End the Pentagon program that sends surplus arms to local departments.

Meanwhile, with a new school year coming up, Cecelia Scheuer argues that local school districts need to heed a growing call from student coalitions to develop actively anti-racist curricula. Research suggests it would lead to better outcomes for students of all colors.

Also this week, Jill Richardson reflects on the 30th anniversary of the Americans with Disabilities Act and what might come next. Sophia Paslaski offers an acerbic take on the Supreme Court decision allowing employers to “morally” object to including birth control in company health plans. And Jim Hightower writes that the real virus in the American health system is greed.

I’ll be taking a much needed vacation next week, but we’ll send out a newsletter then with some of our favorite evergreens. Hope you’re keeping healthy and sane.

The Supreme Court Just Made the Case for Medicare for All | Sophia Paslaski
The Court says employers can refuse to cover birth control. This is why care shouldn’t be tied to employment.

Happy 30th Birthday, ADA. What’s Next? | Jill Richardson
We need a system where people with disabilities are universally included by design — not “accommodation.”

Back to Normal? | Khalil Bendib
“I can’t breathe.”

Can Corporations Walk the Walk on Racial Justice? | Dedrick Asante-Muhammad and Jamie Buell
Many companies are tweeting about their commitment to racial equity, but not practicing it in their own staffing.

Decriminalize Fare Evasion | Kayla Soren
You don’t go to jail for missing a highway toll. It shouldn’t be any different on transit.

Need Money for a Green New Deal? Get It from ICE | Josue De Luna Navarro
With the money we spend on ICE and CBP, we could solar power nearly 35 million homes.