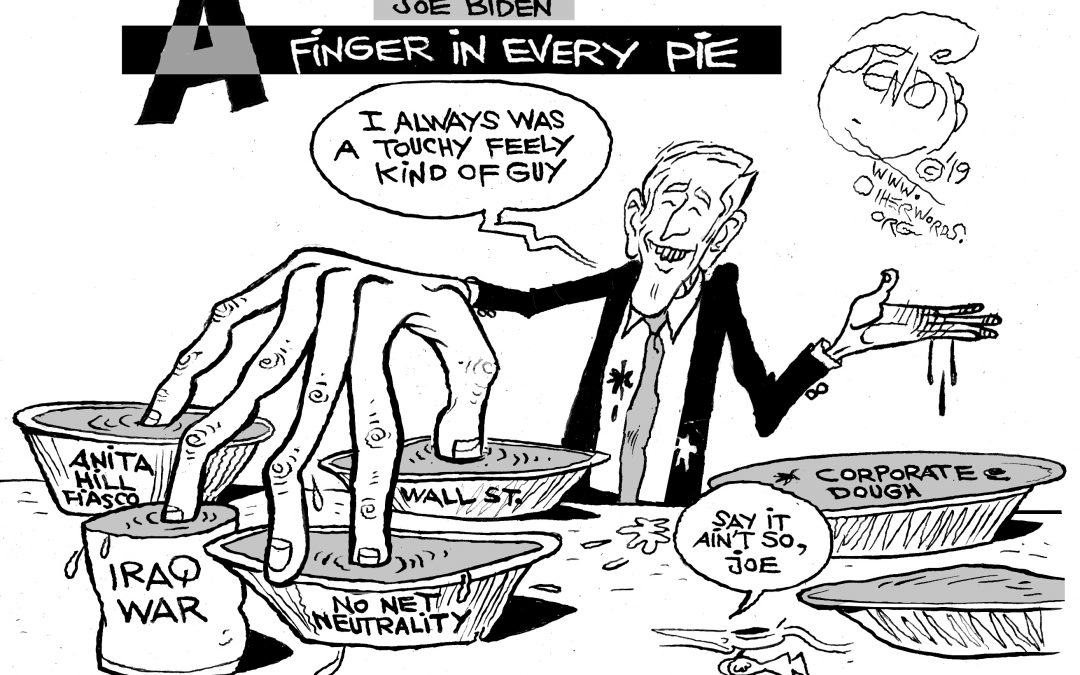 This week, Cherie Mortice has a dispatch from Des Moines, Iowa on how big agriculture companies have killed small farms and polluted the state's water.
By Peter Certo | May 1, 2019

Today marks May Day, which in nearly every other country in the world is International Workers Day. If you missed it last week, check out my old colleague Sarauv Sarkar’s op-ed on why we need to bring it to the U.S.

This week, Cherie Mortice has a dispatch from Des Moines, Iowa on how big agriculture companies have killed small farms and polluted the state’s water. Worse still, she adds, cynical politicians have protected the industry by putting the blame on immigrant farm workers and meat packers.

Meanwhile, Jean Stokan reports back on a trip to both sides of the U.S.-Mexico border. She’s made trips like these for over 30 years and has seen firsthand how long-running U.S. policies have displaced people in the region, leading them to seek refuge here.

Also this week, Elliott Mincberg rounds up some common themes in the troubling decisions made by Trump-appointed judges. Gloria Oladipo explains the real threat to free speech on campus (turns out it isn’t “snowflake” students). Jim Hightower pokes holes in the GOP’s war on “socialism.” And Khalil Bendib takes a dim view of Joe Biden’s record.

Finally, Jill Richardson talks about the better life awaiting on the other side of mental health treatment.

A Border Crisis of Our Own Making | Jean Stokan
For 30 years I’ve led faith delegations to Central America, seeing firsthand how U.S. policies displaced the people now arriving at our border.

The Real Threats to Free Speech on Campus | Gloria Oladipo
Conservatives complain when student protest hate speech, while progressive professors are the ones losing their jobs for speaking out.

If You’ve Suffered, Get Help | Jill Richardson
Few of us make it to adulthood unscathed, but treatment can make a world of difference for acute trauma sufferers.

One Big Problem with the GOP’s Campaign Against ‘Socialism’ | Jim Hightower
The policies Republicans smear as Stalinist are a good deal more popular than their own.

Biden’s Special Touch | Khalil Bendib
The former vice president has managed to be on the wrong side of virtually every debate on the left in the last few decades.

Bring Back May Day | Saurav Sarkar
The U.S. is one of the only countries in the world that doesn’t mark International Worker’s Day. So how are our workers doing?

Make Higher Education Affordable for Students Like Me | Ariel Tomlinson
Getting yourself out of poverty requires a post-secondary education, but the huge debt burden scares many — like my sisters — off college altogether.

Gentrification on the Seas | Sam Pizzigati
Boating used to be for the middle class, not just yacht owners. Now the rich are fortifying their hold on the sea with military hardware.