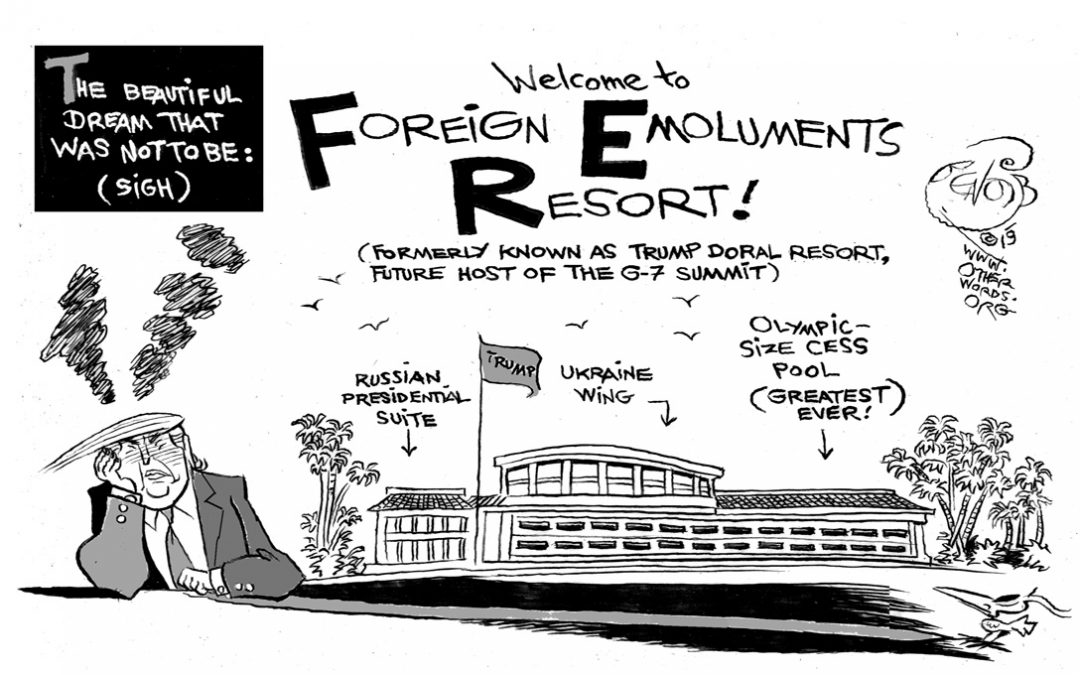 The NBA is still reeling over a single tweet one of its managers sent supporting the protests in Hong Kong.
By Peter Certo | October 23, 2019

The NBA is still reeling over a single tweet one of its managers sent supporting the protests in Hong Kong. This week in OtherWords, Brian Wakamo says the episode is only one of many in which major franchises have sought to censor themselves to protect their access to the Chinese market. It also, he says, shows us what businesses really value.

Also this week, Minnesota small business owner Sarah Piepenburg tells a story about life in one of America’s many “child care deserts,” where care is either unaffordable or unavailable altogether. Investing in more universal care, she says, would be a huge boon for small businesses — and for the women who shoulder so much of the caretaking.

Meanwhile, Dedrick Asante-Muhammad shares his data on how racial inequality hurts the entire middle class. Jill Richardson reflects on sexual assault and the problem of “himpathy.” And Jim Hightower says Bernie Sanders and Elizabeth Warren are harkening back to tax solutions once popularized by Jesse Jackson in the 1980s.

Life in America’s Child Care Deserts | Sarah Piepenburg
Without affordable care, women — and small business owners like me — are at a huge disadvantage.

The Racial Wealth Divide Hurts the Entire Middle Class | Dedrick Asante-Muhammad
By bridging the racial wealth divide, we can reduce the economic inequality that’s holding down our entire country.

We Know Exactly Where to Get the Money to Fix Inequality | Jim Hightower
It’s no secret where America’s wealth has gone in recent decades: upwards.

The Foreign Emoluments Resort | Khalil Bendib
A beautiful dream that was not to be.

Where Is ‘Line Worker’ Barbie? | Sarah Anderson
CEO-worker pay gaps are the clearest proof that corporations like Mattel and many others don’t respect their employees.

Don’t Forget: Nuclear Weapons Are an Existential Threat | Olivia Alperstein
A new study shows just how bad a nuclear war could get. We need a plan to eliminate this risk permanently.