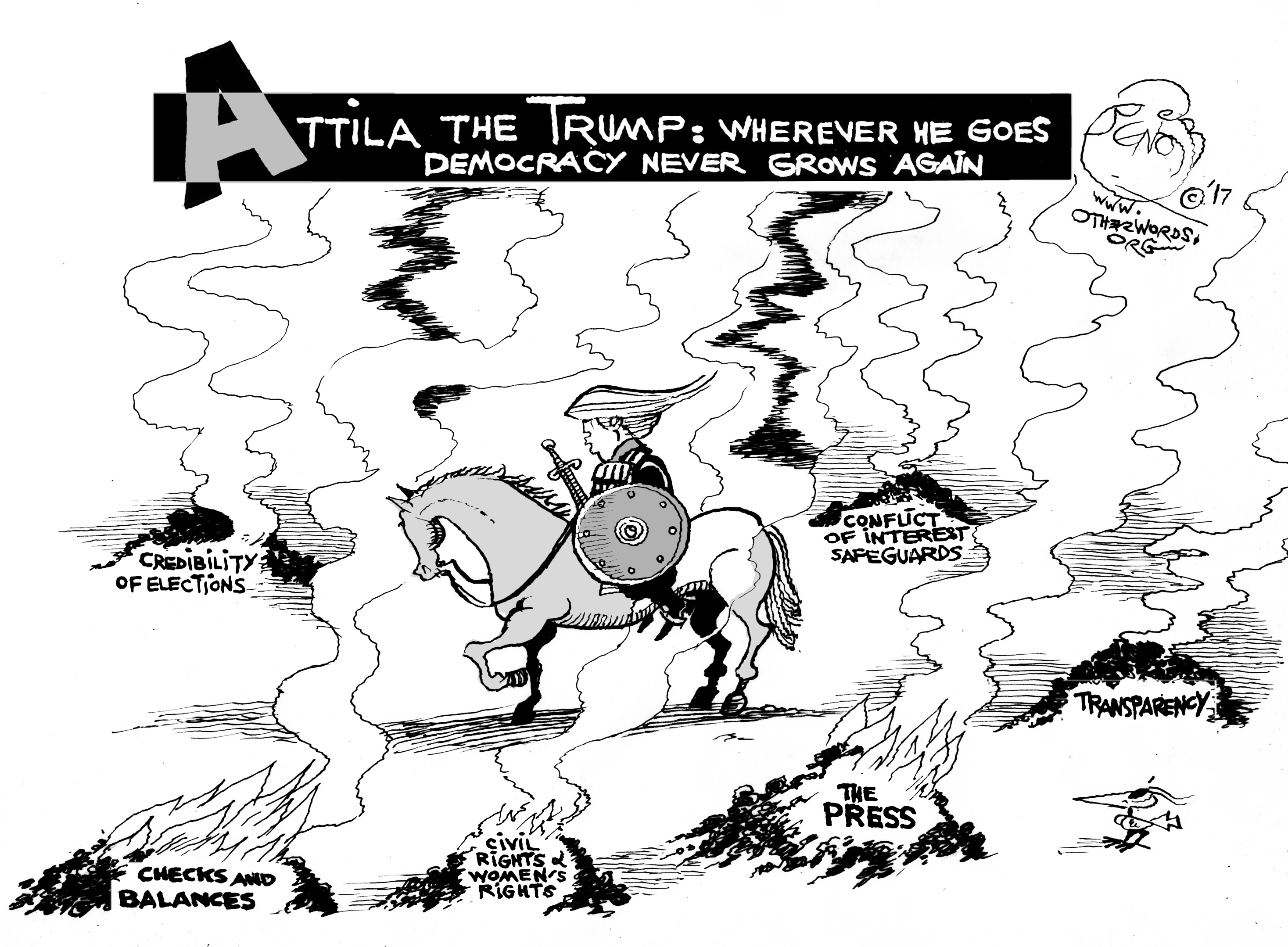 A look at the human cost of Trump's "Muslim ban" on refugee families in the Midwest.
By Peter Certo | February 15, 2017

As Donald Trump’s so-called “Muslim ban” languishes in the courts, we’re continuing our coverage of its impacts. This week, Jody Mashek shares what’s she learned about the human costs of the order through her work with refugee families in the Midwest.

Also this week, in the wake of the Senate’s confirmation of the extremely controversial Jeff Sessions as our next attorney general, Ebony Slaughter-Johnson observes an end to the informal alliance between the U.S. Justice Department and advocates for police reform.

In other news, Sarah Anderson explains how tax avoidance by the richest Americans is drying up America’s heartland communities. And she proposes a fix: closing billionaire-friendly loopholes so we can fund things like debt-free education for young people who want to stay in their communities.

Rounding out our package this week, Jill Richardson sizes up the full-scale GOP assault on the environmental regulations. Jim Hightower calls out the Trump administration for re-writing financial rules to help financial advisers rip off ordinary retirement savers. And finally, cartoonist Khalil Bendib images Donald Trump as an Attila the Hun-like figure, presiding over a wasteland of wrecked democratic institutions. 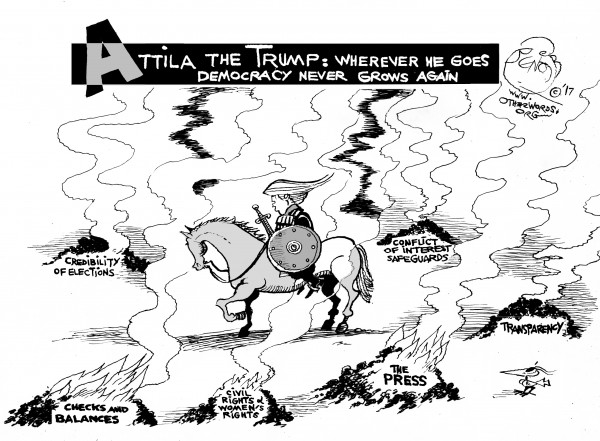