This week in OtherWords, Jim Hightower sums up the logistical challenges behind building Donald Trump’s dream wall along the U.S. border with Mexico, I explain why the GOP front-runner’s pledge to “take their oil” is a terrible idea, and Donald Kaul observes that Trump was the most irritating thing about 2015. If that’s too Trumpy for you, OtherWords cartoonist Khalil Bendib jokes about hitting the presidential campaign trail again.

If you haven’t already subscribed, please ensure that you don’t miss the latest from OtherWords by signing up for our free weekly newsletter. And you can follow us on Twitter @OTWords.

To everyone who made tax-deductible donations over the holiday season, I would like to express my deepest gratitude. Thank you very much for your generous support, which keeps this service running. 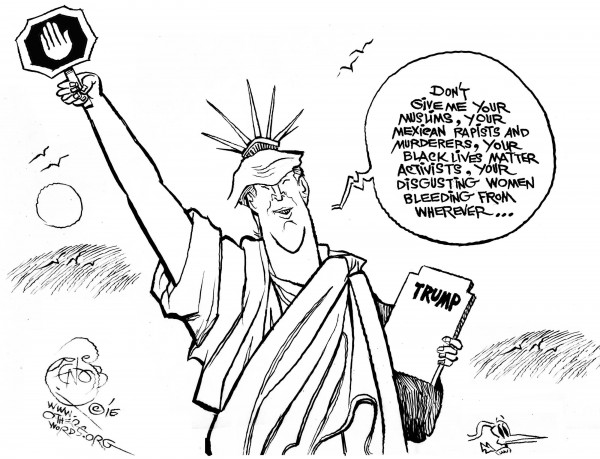