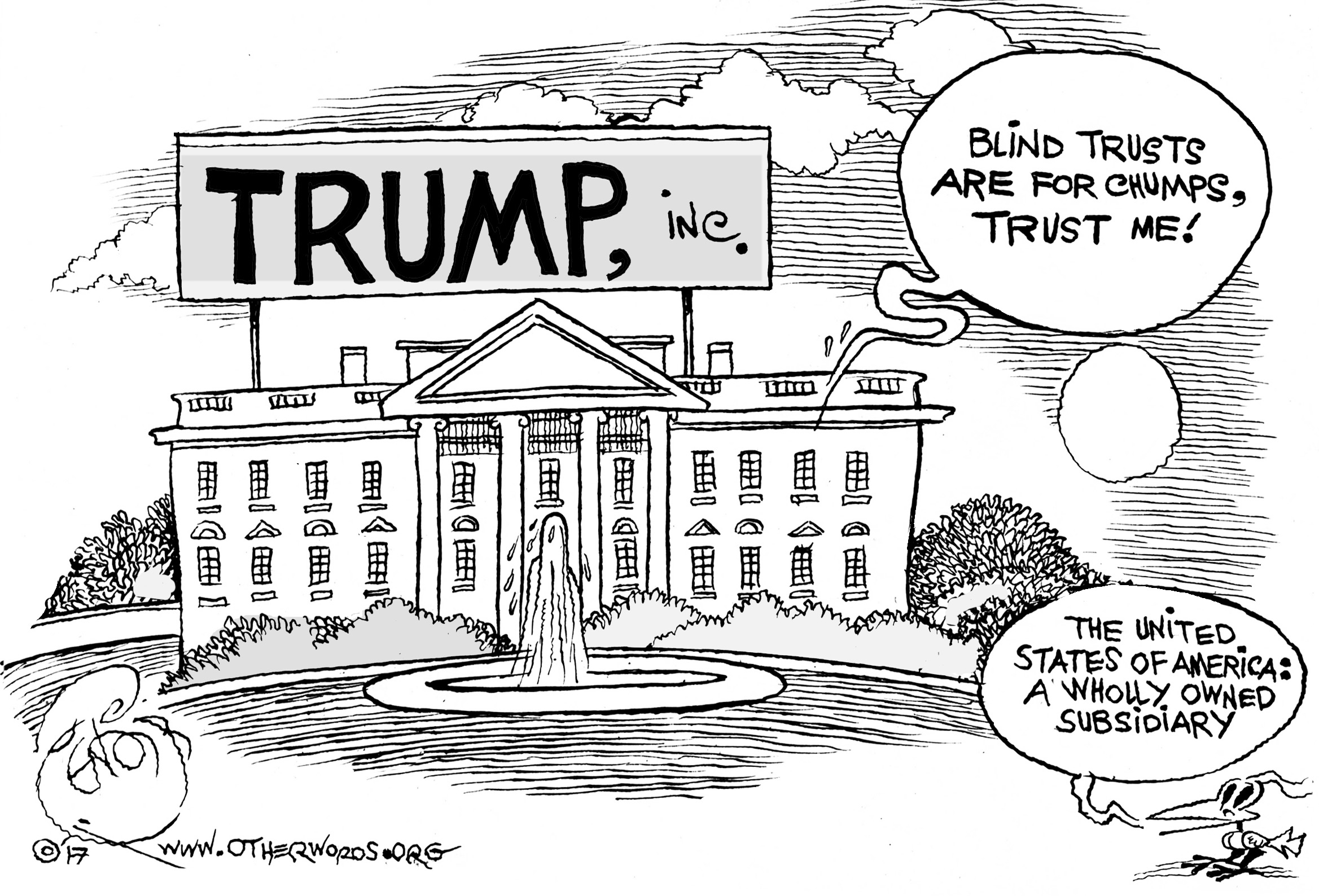 Trump can use "alternative facts" to swindle his own supporters.
By Peter Certo | January 25, 2017

This side of Donald Trump’s inauguration, the headlines are coming quickly. We’ve seen cabinet nominee hearings, a flurry of controversial executive orders, and a record-setting Women’s March on Washington and beyond.

There’s also that mind-boggling debate over inaugural crowd sizes and “alternative facts” vs. the real ones. This week in OtherWords, I suggest that if Donald Trump can convince his supporters of a plain-as-day lie about the size of his inaugural crowd, he can lie about anything — including things that could hurt his own voters.

Also this week, former BlackRock director Morris Pearl explains how Trump’s billionaire cabinet nominees can use a special loophole to avoid paying any taxes on the assets they have to sell to take office. Chuck Collins takes on the GOP Congress over cuts to the estate tax, a millionaire-only tax break of the kind Trump’s treasury nominee promised to avoid. And Khalil Bendib imagines the White House as “Trump, Inc.”

Elsewhere, David Stookey looks at the Trump administration’s early actions on climate and decides it’s time for local communities to start protecting themselves. Jill Richardson shares some ideas for what you can do next if you went to the Women’s March. And Jim Hightower reports on a shadowy group trying to rewrite the U.S. Constitution. 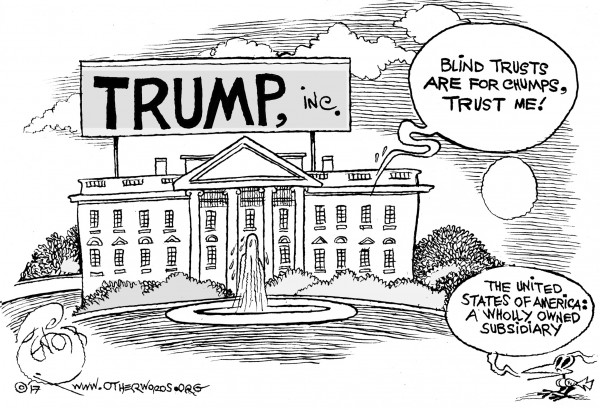