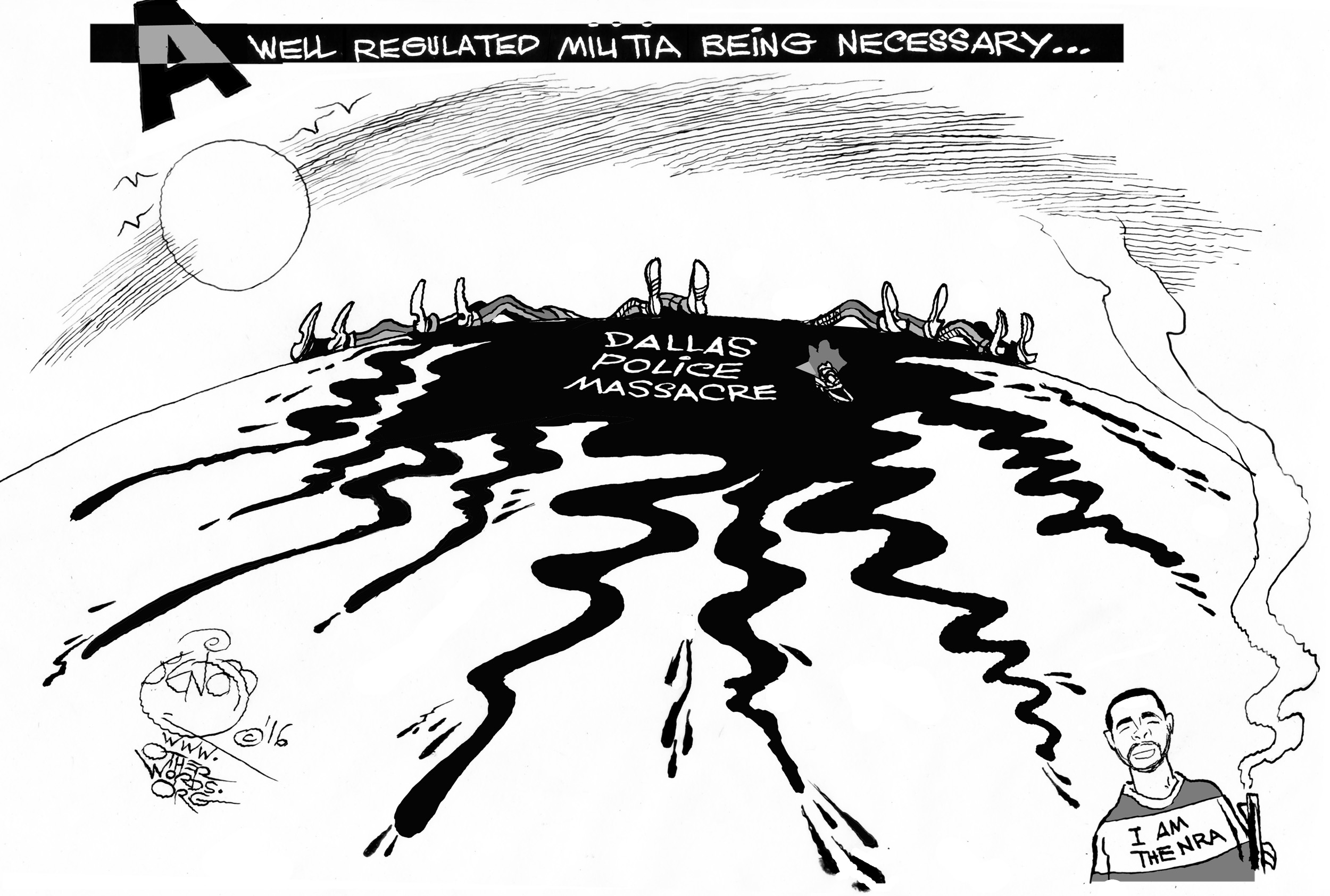 an OtherWords cartoon by Khalil Bendib.

This week, Donald Trump officially accepts the Republican Party’s nomination for president. The party’s convention in Cleveland has produced a batch of headlines that, like a lot of general election news these days, seems likely to inspire a spike in Google searches for what it would take to move to Canada.

In OtherWords, Chuck Collins says that’s not actually a bad idea. With declining social mobility in the United States, he argues, the American Dream actually moved north years ago. (For those of us who prefer to stay, though, he has smart ideas about how to bring it back.)

On a related note, Jill Richardson says that loving America means finding fault with it sometimes.

Also this week, Marge Baker looks at the records of right-wing policymakers and concludes that their problem with women doesn’t come down to rhetoric from people like Trump alone. Instead, it’s about policy.

Finally, Joshua Serrano lays out some systemic ideas for addressing police violence in this country, for when the videos of the latest shootings inevitably fall out of the news. And Khalil Bendib suggests that the NRA’s anti-gun control agenda has put police officers’ lives in danger. 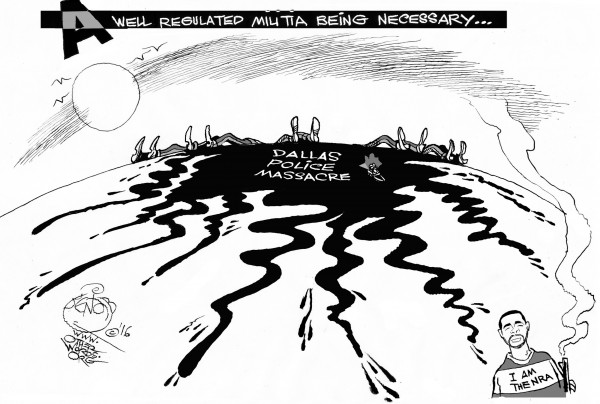 an OtherWords cartoon by Khalil Bendib.