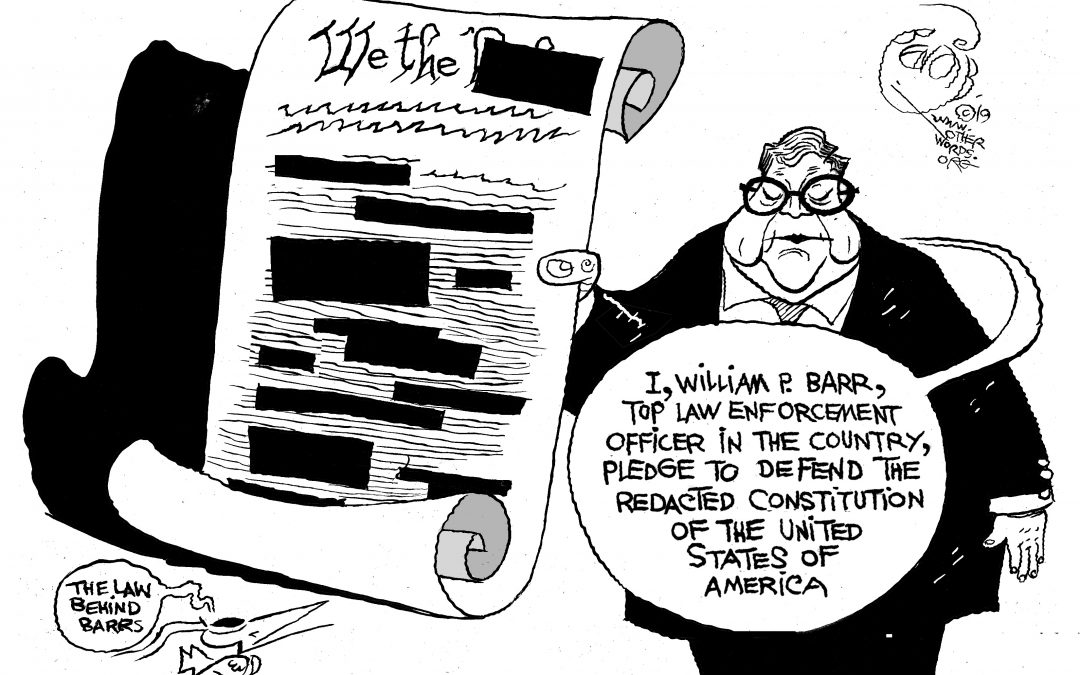 My home state of Ohio recently passed a “heartbeat bill,” an intentionally unconstitutional measure that would effectively ban abortion in the state — with no exceptions for rape or incest.

As Martha Burk notes this week, other states are considering making it a felony to perform an abortion, or even giving women who get one the death penalty. Thanks to these states and Trump’s Supreme Court, Martha writes, it’s the most dangerous time for women’s rights in the U.S. in decades.

Speaking of the court, it’s now considering a Trump-backed change to the U.S. census that would deliberately undercount immigrants, which could have enormous implications for our democracy. Morris Pearl explains why a little census question could have huge ramifications.

In more hopeful news, Elizabeth Warren recently rolled out a plan to cancel student debt and fund free higher education. Until then, Ariel Tomlinson writes in a personal story, even a simple increase in Pell Grants would make a huge difference for low-income students like her.

Also this week, Sam Pizzigati reports that yacht owners are stealing boating from the middle class. Jill Richardson points out biases in language we hear all the time. Jim Hightower says big corporations got their money’s worth on tax day. And Khalil Bendib imagines Attorney General William Barr’s next redaction.

Finally, my former colleague Saurav Sarkar points out that May Day, or International Workers Day, is coming up. The U.S. doesn’t observe it, but maybe we should.

Bring Back May Day | Saurav Sarkar
The U.S. is one of the only countries in the world that doesn’t mark International Worker’s Day. So how are our workers doing?

No, the Census Shouldn’t Ask About Citizenship | Morris Pearl
If immigrant families are undercounted, it could threaten programs all Americans rely on.

Make Higher Education Affordable for Students Like Me | Ariel Tomlinson
Getting yourself out of poverty requires a post-secondary education, but the huge debt burden scares many — like my sisters — off college altogether.

Gentrification on the Seas | Sam Pizzigati
Boating used to be for the middle class, not just yacht owners. Now the rich are fortifying their hold on the sea with military hardware.

How Everyday Language Centers Some and Excludes Others | Jill Richardson
Our society presumes straight white men to be the default human. The rest of us are notable foremost for not being men, white, or straight, and so on.

Big Corporations Got Their Money’s Worth on Tax Day | Jim Hightower
This year, 60 of America’s biggest corporations paid $0 in federal taxes — or less.

We the [Redacted] | Khalil Bendib
The law according to Attorney General William Barr.

A Revolutionary Idea to Close the Racial Wealth Divide | Jessicah Pierre
“Baby bond” accounts for all American kids would bridge the racial wealth gap while providing security to Americans of every color.

Pushing Marijuana Legalization Over the Finish Line | Paul Armentano
Medicinal use is now legal for most Americans, and two-thirds support full legalization. A big push now can get us there.