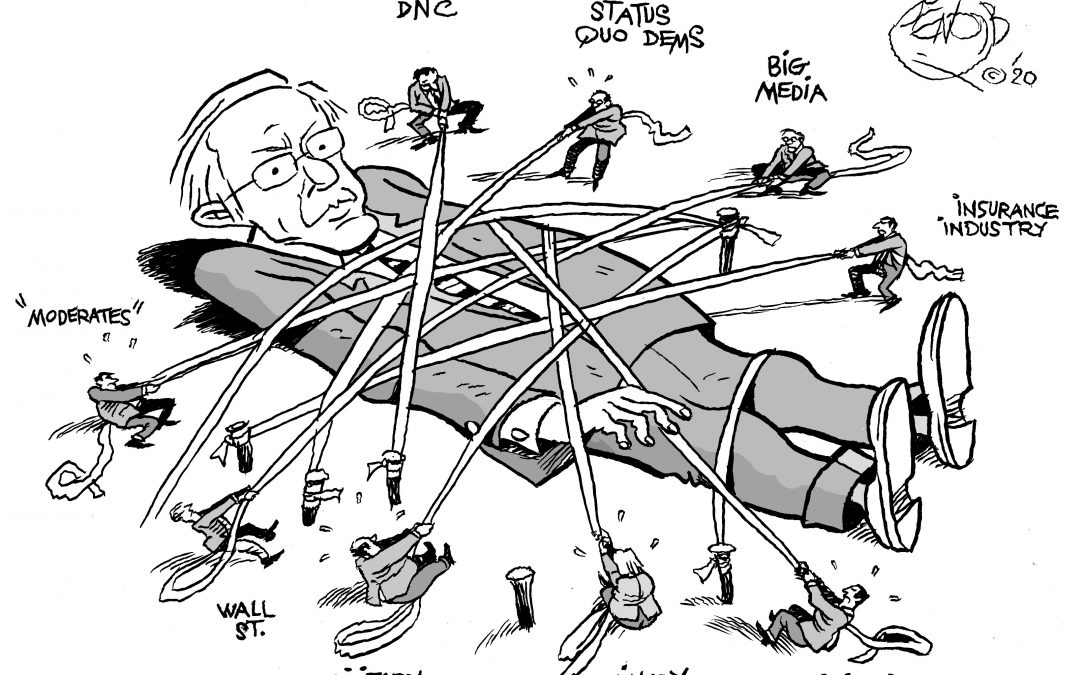 Why? For one thing, many older figures in the party simply can’t wrap their heads around the appeal of “socialism.”

This week in OtherWords, I look at the Cold War conditioning that led generations of Americans to associate “socialism” with dictatorship and “capitalism” with democracy. But the real history is a good deal more complicated — and younger voters may well make the opposite association.

Also this week, Sister Kathleen Erickson shares moving lessons from ministering on the U.S.-Mexico border, and why she believes Americans need to learn more about the causes of the refugee crisis. And Kelsey Yule reports on the sacred lands and national monuments under threat from Trump’s border wall.

Finally, Jill Richardson has some simple advice for anyone worried about coronavirus: Wash your hands. And get a flu shot.

Who’s Afraid of ‘Socialism’? | Peter Certo
Americans were taught to associate “socialism” with dictatorship and “capitalism” with democracy. Are those days over?

The Irony of the Centrist-Progressive Debate | Jim Hightower
Moderates consistently warn that progressive ideas can’t win “the middle.” But just look at the polls.

The Hunt for Black Family History | Mandisa Routheni
Simple genealogy searches don’t work for people whose ancestors were treated like property. But some new tools could help.

There’s No ‘Great American Comeback’ | Peter Certo
Trump is counting on the working class he’s betraying most aggressively. Can the left get out of suburbia and back to its roots?

Starting a Business Is Hard. Discrimination Makes It Harder. | Monica Grover
I know firsthand that the idealistic view of entrepreneurship is not the reality that most of us experience.

A Cruel Attack on the Disabled | Jill Richardson
You might have missed it amid the impeachment coverage, but the president is reintroducing catastrophic Reagan-era disability cuts.