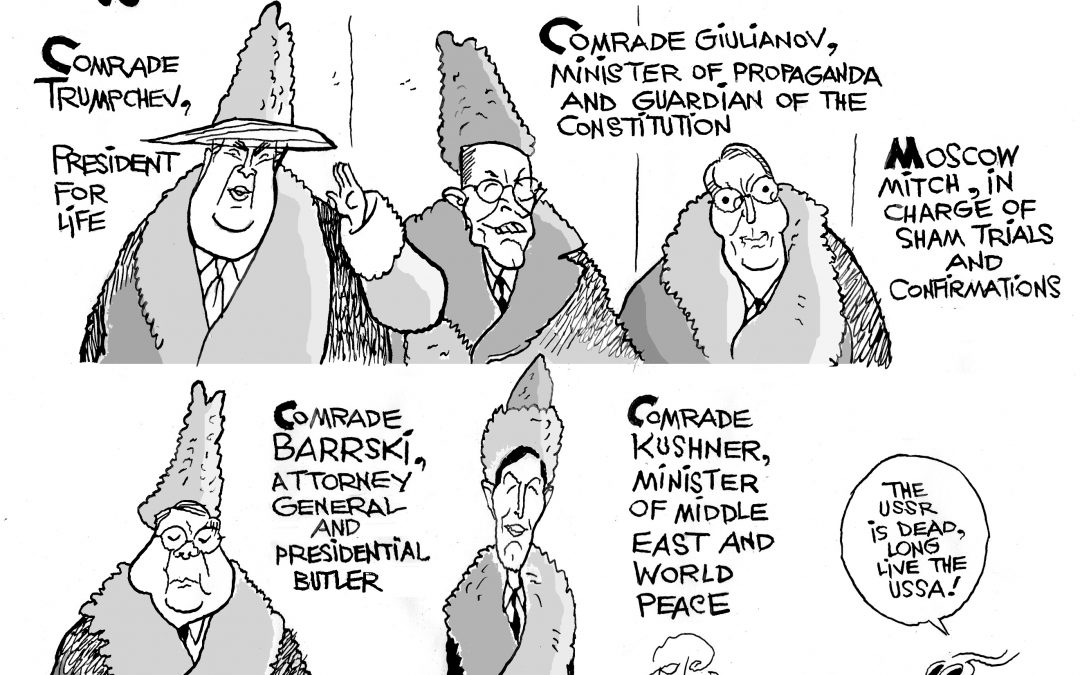 This week, Arnissa Hopkins offers a reminder: It’s Black History Month. But between the impeachment proceedings and the now all-white 2020 presidential race, the annual observance seems to have gotten very little coverage.

Also this week, Jill Richardson calls the Trump administration’s plans to cancel student loan forgiveness for public servants a broken promise to those (like her) who already took out the loans. Jim Hightower says it’s a lie that consumers get health care “choice” in a corporate-run system. And Khalil Bendib quips that the USSR may be dead, but long live the USSA.

We Need to Treat Nuclear War Like the Emergency It Is | Olivia Alperstein
Alarmingly, the Trump administration is shredding arms control agreements and deploying “more usable” nuclear weapons.

A Broken Promise to Teachers and Nonprofit Workers | Jill Richardson
Trump wants to cancel student loan forgiveness for public servants. But what if you’ve already taken the loans?

Welcome to the USSA | Khalil Bendib
Complete with sham trials and a would-be president for life.

Who’s Afraid of ‘Socialism’? | Peter Certo
Americans were taught to associate “socialism” with dictatorship and “capitalism” with democracy. Are those days over?