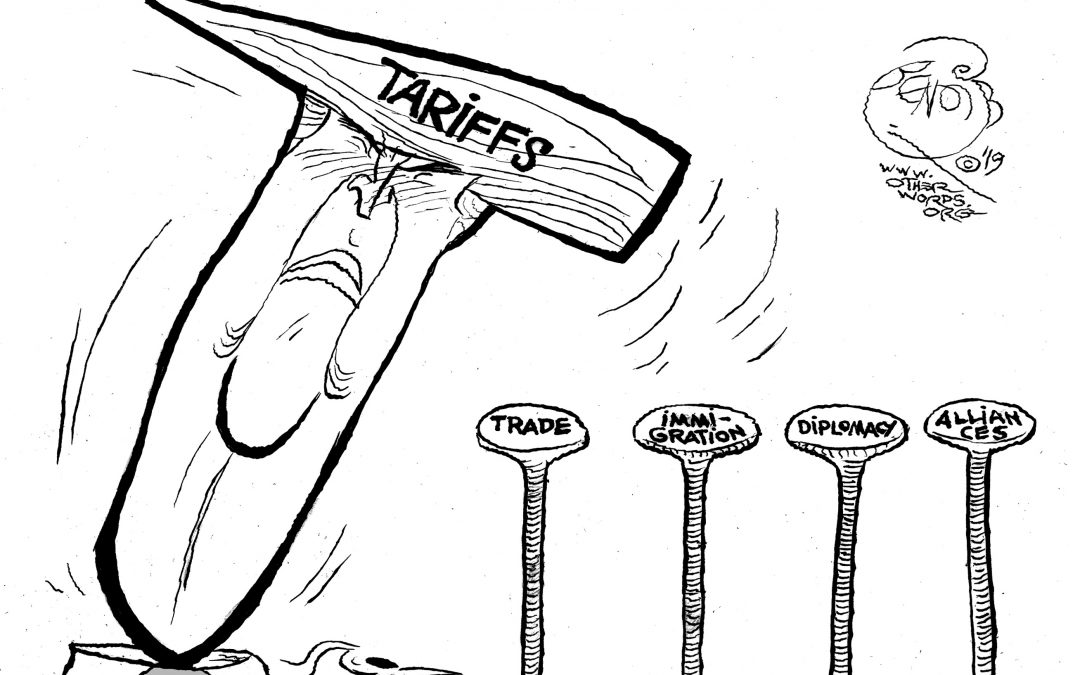 Like a lot of young-ish parents, I'm finding it increasingly difficult and painful to imagine a future for my child in a world transformed by climate catastrophe.
By Peter Certo | June 5, 2019

Like a lot of young-ish parents, I’m finding it increasingly difficult and painful to imagine a future for my child in a world transformed by climate catastrophe — especially with headlines going around casually predicting “the end of civilization” in a few decades.

This week in OtherWords, I reflect on and share a few of these anxieties. And I offer myself a Father’s Day gift: a resolution to follow the people leading the fight to keep our planet livable.

People like the residents of Toledo who, as Jim Hightower reports, recently voted to give Lake Erie legal rights to protect it from polluters. (Or, as my colleague Jessicah Pierre notes in other municipal news, the folks in Milwaukee, who recently declared racism a public health crisis.)

Also this week, as Pride Month gets underway, Jill Richardson explains how the LGTBQ+ community isn’t immune from inequalities in the broader society. Amadi Anene says poor neighborhoods need local, employee-owned businesses, not flashy “investments” from people out to make a buck. And finally, Khalil Bendib imagines Trump as a hammer, pounding away at every problem with more tariffs.

A Father’s Day Gift for Myself: Activism | Peter Certo
My two-year old will barely be age I am now when the climate catastrophe comes, and that realization is taking a toll.

If Corporations Have Rights, So Does Nature | Jim Hightower
A whopping 61 percent of Toledo’s voters said “yes” to recognizing legally enforceable rights for the natural world.

When All You’ve Got Is a Tariff… | Khalil Bendib
… Every problem looks like a nail?

War with Iran Would Be a Huge Sellout for Trump | Noah Habeeb
Candidate Trump called the Iraq war “a big fat mistake.” Why is he considering an even bigger mistake in Iran?

MLB Players Are Getting Stiffed | Brian Wakamo
If corporations treat millionaire assets this way, imagine how they’ll treat you.