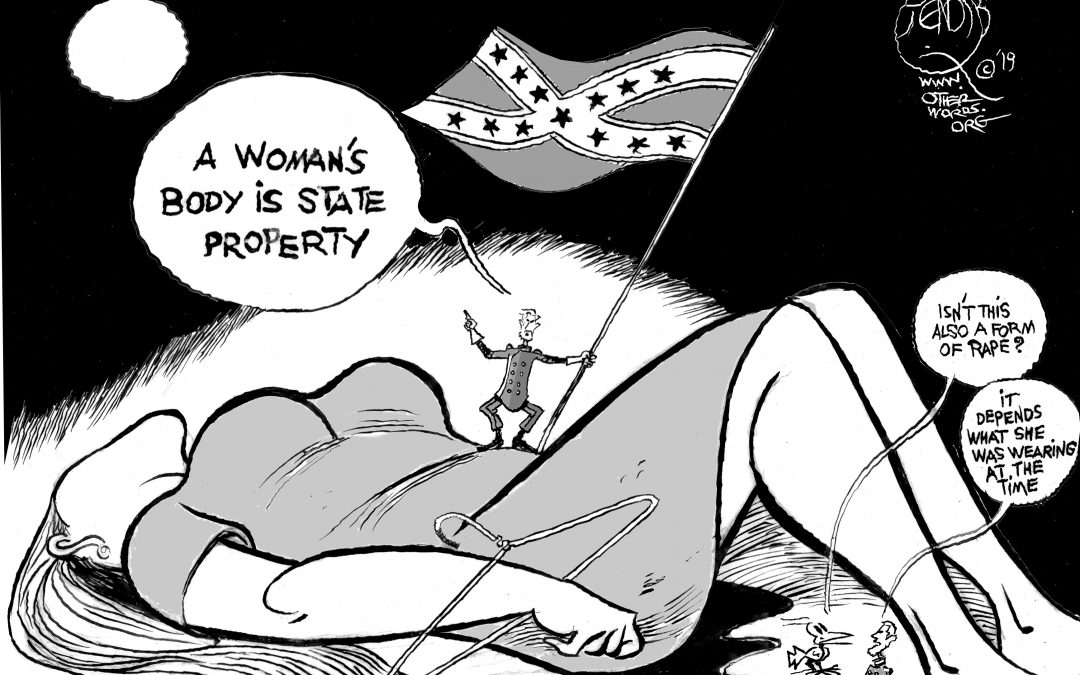 Around Memorial Day, another flag often flies alongside the more familiar star-spangled banner.
By Peter Certo | May 22, 2019

Around Memorial Day, another flag often flies alongside the more familiar star-spangled banner: the stark, black and white POW/MIA flag, developed in the 1970s to honor prisoners of war and soldiers who went missing during Vietnam.

A new bipartisan bill — sponsored by no less than Elizabeth Warren — would require that flag to fly at federal buildings all year long. But as veteran Kevin Basl explains in a Memorial Day op-ed, the flag has a loaded political history far beyond mourning the missing.

Also for Memorial Day, Stacy Bannerman reports on a little-known threat to military families: the Feres doctrine. It’s a rule preventing military families from seeking any legal recourse for harms that befall themselves or their service member in the military system. And it has to go, she says.

Also this week, Phyllis Bennis explains why an amputee friend of hers is lucky, compared to patients in Gaza. Sarah Anderson says the U.S. needs a long-term care system for seniors, and that one state is showing how to do it. And Jim Hightower reports on some flag-wrapped hockey pucks that were made in China.

Let’s Rethink the POW/MIA Flag | Kevin Basl
Instead of nursing resentments over wars past, let’s take care of our veterans today.

End This Hidden Threat to Military Families | Stacy Bannerman
Most of us don’t know that when our family members sign up, they sign away some of their rights — and ours.

Foreign Aid That Costs an Arm and a Leg — Literally | Phyllis Bennis
The U.S.-funded Israeli military is shooting so many unarmed Palestinians that the UN is warning of an amputation crisis in Gaza.

America Needs a Long-Term Care Program for Seniors | Sarah Anderson
By 2035, seniors will outnumber children. A new plan in Washington state shows how we can care for them — and for their caretakers.

The Disparity Behind Anti-Abortion Laws | Jill Richardson
Laws restricting reproductive freedom come out of a culture that doesn’t see women’s sexuality as equal to men’s.

‘Made in America,’ in China | Jim Hightower
The president pretends to stand up for manufacturing workers while kowtowing to corporations that flagrantly violate Made-in-America laws.

Let Prison Inmates Vote | Robert P. Alvarez
Mass incarceration is now a bipartisan concern. Its effects on our democracy should be, too.

‘Purity Tests’ Can Be a Good Thing | Alex MacLeod
When powerful people complain about “purity tests,” it means they’re being pressured in ways they don’t like.