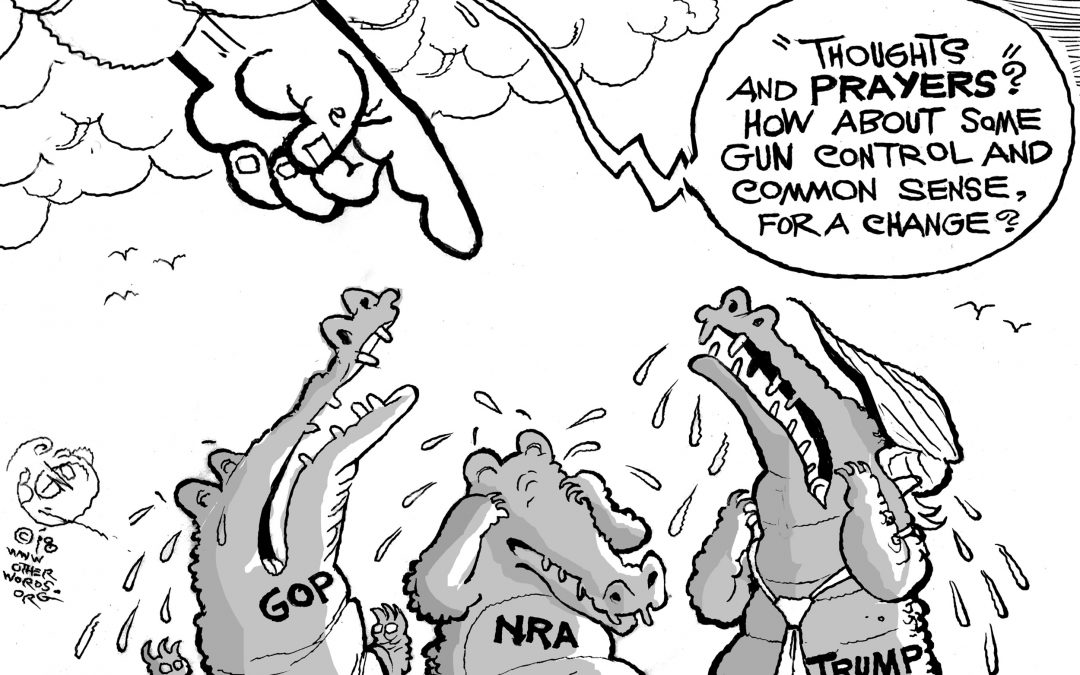 A suite of veterans-themed pieces in time for Memorial Day weekend.
By Peter Certo | May 23, 2018

This week in OtherWords, we’ve got a suite of veterans-themed pieces in time for Memorial Day weekend.

Iraq war vet Kevin Basl pushes back against the idea that it’s disrespectful to veterans to question U.S. wars. That’s what politicians want you to think, he argues. And Saurav Sarkar explains the concept of moral injury — the trauma that can result from doing things one regrets — and argues that if American soldiers have to feel it, the public should too.

Meanwhile, medical student Mark Luskus reports on some studies showing that VA care is the best care veterans can get, pushing back against calls to privatize veteran health care.

Finally, Jim Hightower tells the story of Smedley Butler, the retired general who famously argued that “war is a racket” — and less famously foiled a coup attempt by Wall Street millionaires against FDR.

Also this week, Sarah Anderson reports on some shocking new numbers showing the disparity between what CEOs and their employees make, and shows how that’s bad for business. Jill Richardson says it’s time for a more humane immigration debate. And Khalil Bendib imagines God sending back all those “thoughts and prayers” that follow mass shootings.

Finally, in a moving personal piece, Razan Azzarkani reflects on what it’s like — as a Palestinian American — to watch the U.S. government support Israel’s mass shooting of Palestinian protesters in Gaza.