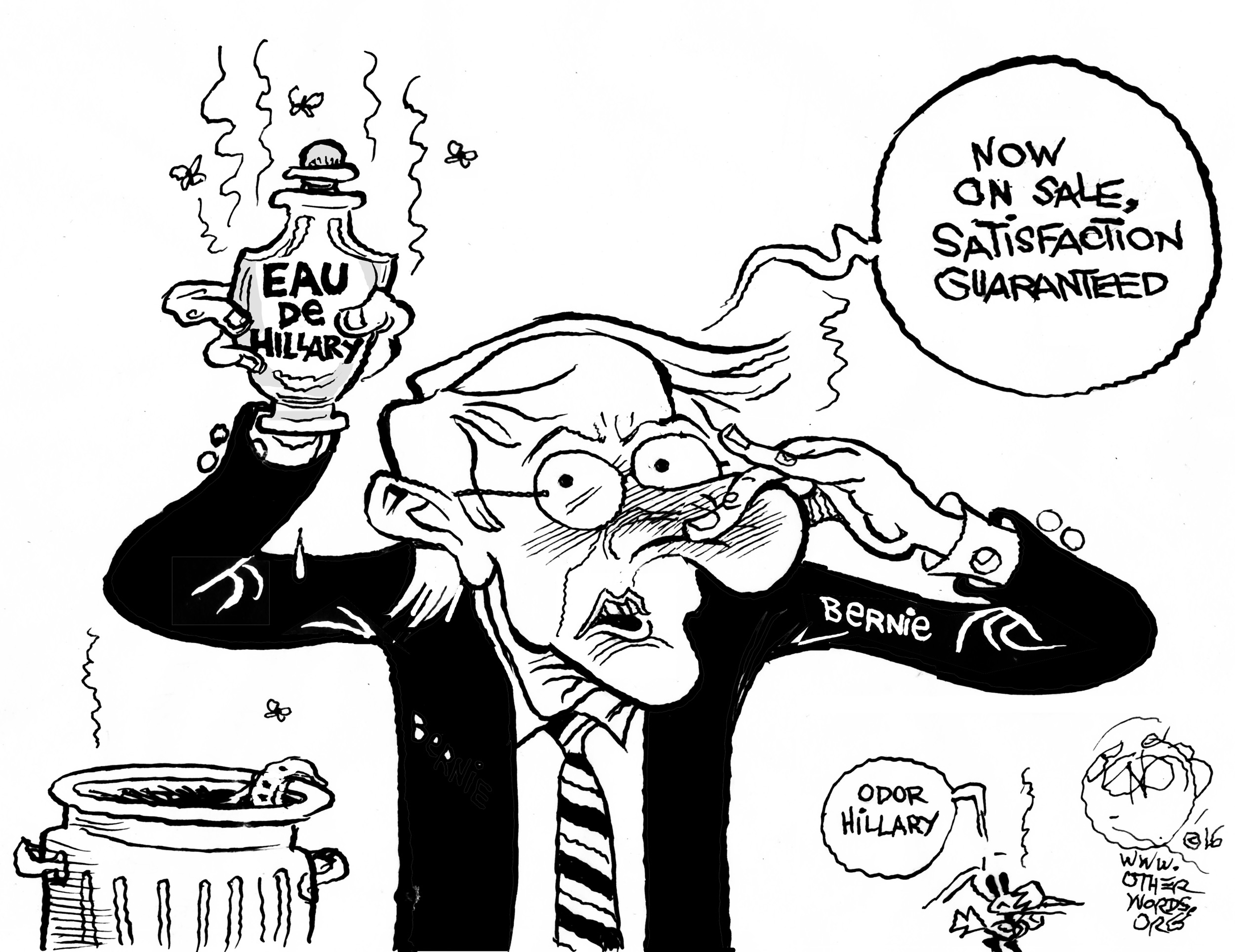 It’s officially general election season now that the two major parties have nominated their candidates for the 2016 presidential race.

This week in OtherWords, our tax expert Josh Hoxie digs into the Republican convention and finds… not much to talk about. But taken together, he explains, Donald Trump and his vice presidential running mate Mike Pence have shown an unmistakable commitment for slashing taxes for millionaires.

While Hoxie debunks the GOP ticket’s trickle-down economics, columnist Jill Richardson explodes an even older shibboleth — “free-market capitalism,” which she argues has always been a myth.

Of course, Trump is better known for his right-wing views on immigrants than his tax policy. But as Isaiah Poole explains this week, not all of the working-class white voters Trump is targeting with that message are ready to buy it.

There’s plenty of drama on the Democratic side as well, as Bernie Sanders supporters grapple with the progressive senator’s endorsement of Hillary Clinton. Our award-winning cartoonist Khalil Bendib perfectly illustrates Sanders’ decision to hold his nose and back his rival.

Finally, if you’re feeling down on politicians altogether these days, you may want to read Jim Hightower’s report on a campaign to replace virtually every single member of Congress. 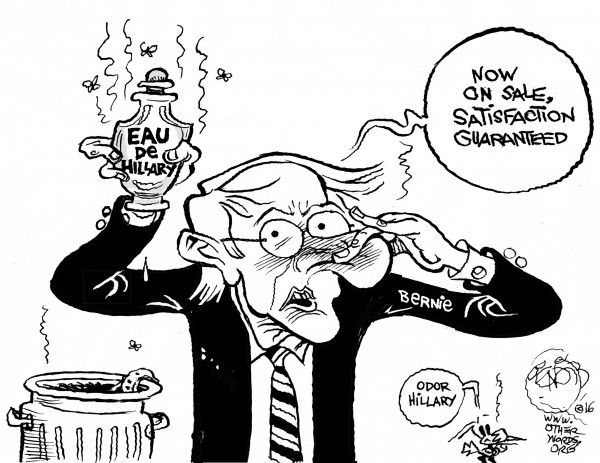