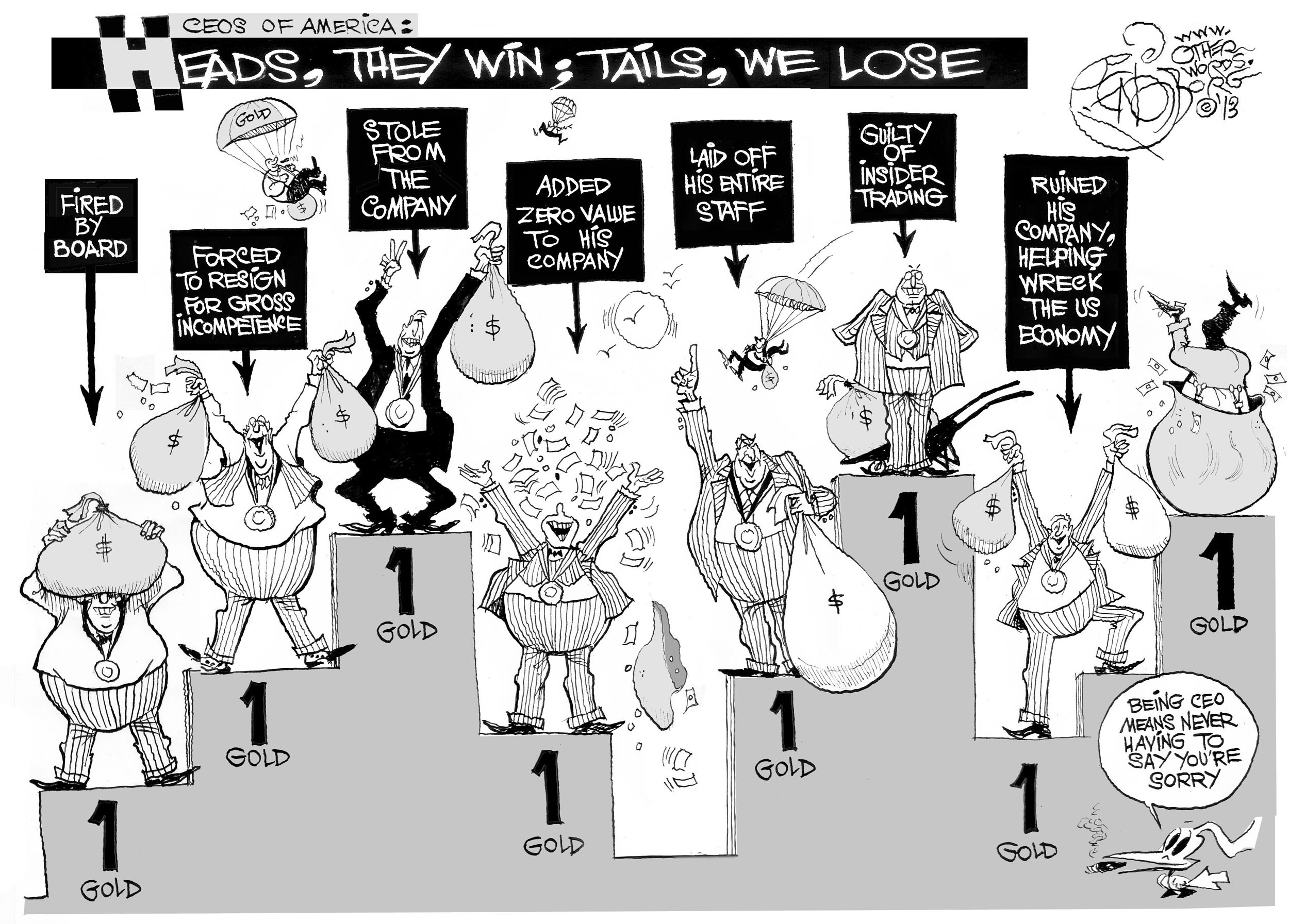 This week in OtherWords, Sam Pizzigati and Emily Swift unpack the shocking findings from the 20th yearly edition of the Executive Excess report on runaway CEO pay from the Institute for Policy Studies. I also encourage you to read the full report, which my IPS colleagues are releasing today.

Do you want to make sure you don’t miss the latest from OtherWords? Then subscribe to our free weekly newsletter. Do you value our sharp analysis and bold ideas? Please make a tax-deductible donation to keep this valuable service running.