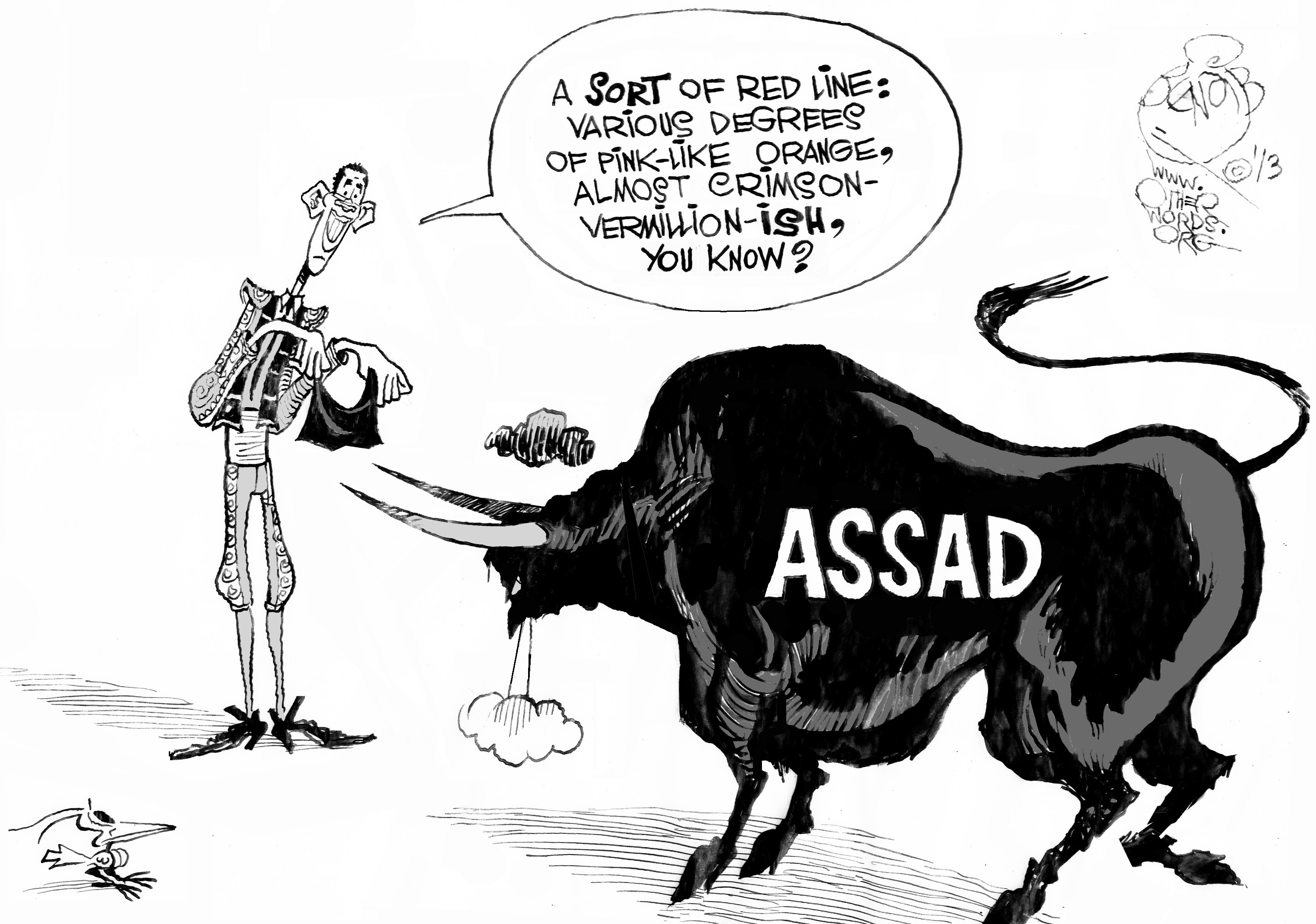 Obama and the Red Line, a cartoon by Khalil Bendib

Jo Comerford and Donald Kaul weigh in on the government's reversal of sequester-driven cuts that were making air travel inconvenient.
By Emily Schwartz Greco | May 1, 2013

This week in OtherWords, Jo Comerford and Donald Kaul weigh in on the government’s reversal of sequester-driven cuts that inconvenienced air travelers as other budget woes hurt children, the elderly, and the unemployed.

Below, you’ll find a clickable summary of all our latest commentaries and a link to our new cartoon. Be sure to visit our blog, where we’ve been running bonus Jim Hightower commentaries. This week, you can catch his views on George W. Bush’s shiny new library.

If you haven’t already subscribed to our weekly newsletter, please do.

Emily Schwartz Greco is the managing editor of OtherWords, a non-profit national editorial service run by the Institute for Policy Studies OtherWords.org